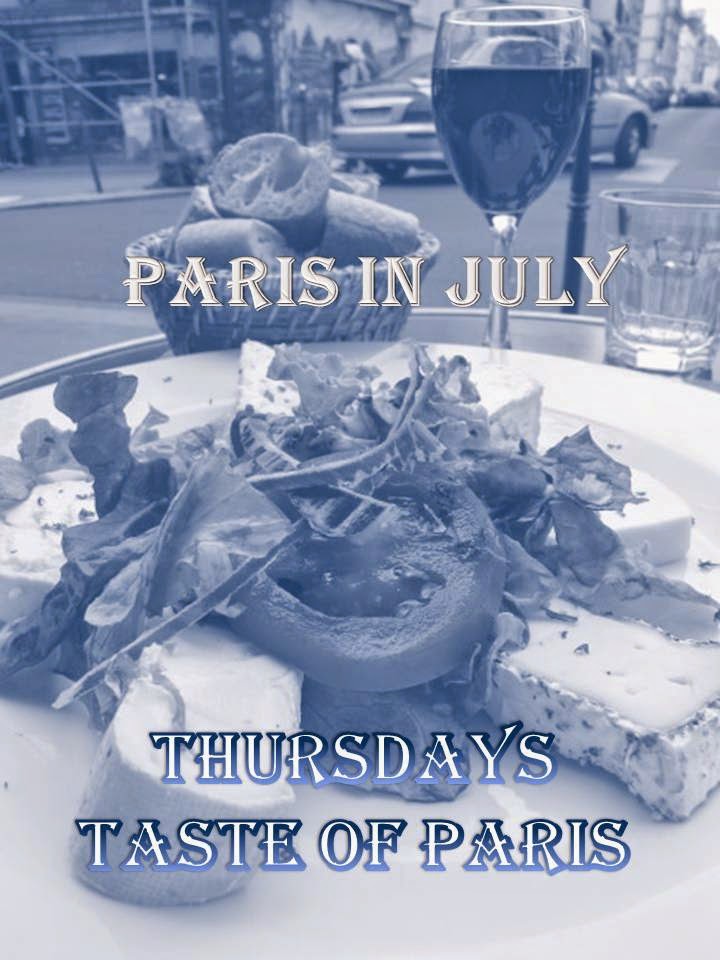 Ann Mah is the author of 'Mastering the Art of French Eating'. This was my choice of book review for this week because it's a foody book. I have to admit now that I haven't finished this book - but what I've read so far I've really enjoyed. If you read my Tuesday post, you'll know that I am easily transported to other places.... this book has been transporting  me to different places around France - many of them I've already been to, some I need to visit in the future.

When I selected this one to read for Paris in July, I did a quick scan of other reviewers. Some of them were critical, and I can see why. Ann ended up writing this book when she, and her beloved husband, were sent to Paris for his work. Not long after their posting to Paris, he was sent to Baghdad. She was left alone in Paris for a year. She was lost, lonely and directionless. She does spend some time reflecting on the confusion of her loss and her love of Paris. It could be a little draining. But for me, I have appreciated Ann's experience of loneliness and separation. My thing is that I work away from my home and partner... This book made me stop and think about how I make the most of my journey.

Alongside her personal struggles, Ann decides to travel to different parts of the country to investigate the history, the recipes, the people, and the places of the regional cuisines. I've been quite impressed by the history she collects on each of the subjects. Some of her chapters include
Here's a few things I've learned so far into this book;


Steaks true magic, Bernet explained, happens before the meat ever hits the heat - it's found in the aging process. He hangs whole cuts of well-marbled beef in a dry, chilled space for weeks, sometimes months, a process that concentrates the meat's flavor and breaks down its connective tissues, resulting in richly beefy, butter-tender fillets. In French, dry-aged meat is called rassis, a term that can also refer to stale bread or a stick in the mud!

What's the signature meal of Paris? The sandwich, he said without hesitation. He called it le casse-croute, an old fashioned term for 'snack' or 'fast lunch'. My mother use to make piles of these for the cafe. .... Madame Odette would slice an armload of baguettes lengthwise and fill them with butter and ham...

Andouillette has a pedigreed history. Louis II, known as the 'stammener', served it at his 878 coronation banquet, held in Troyes. Centuries later Louis XIV also declared himself an admirer, stopping at Troyes after a battle in neighbouring Burgundy to stock up for the victory feast.

Ann reported that 'every andouillete enthusiast I met in Troyes - and I met many - wanted to be the person who convinced me that andouillete was delicious. [I don't think she was convinced?]

Louise was born in 1934, which doesn't seem that long ago, and yet she can easily recall a time when crepes were made on a wood-burning stove. .. Many Breton homes have a special stove for making crepes, which was usually found outside the house in a small shed.... When Louise was a little girl living on her grandparents farm, Fridays were known as le jour de crepe..... and preparing crepes took the better part of a day!

Like I said earlier, I haven't finished the book, but I will. I'm enjoying the trip. At the end of the chapters, Ann shares a recipe she's gathered by one of the people she's interviewed on the subject. So I think there's something for most people in this book - recipes, travel stories, the adventure of a woman discovering herself in her husbands absence. The only think I think this book is really missing is the photos.

What is your favourite regional dish of France?  Mine - Salade de Chevre. I think it's from Provence? 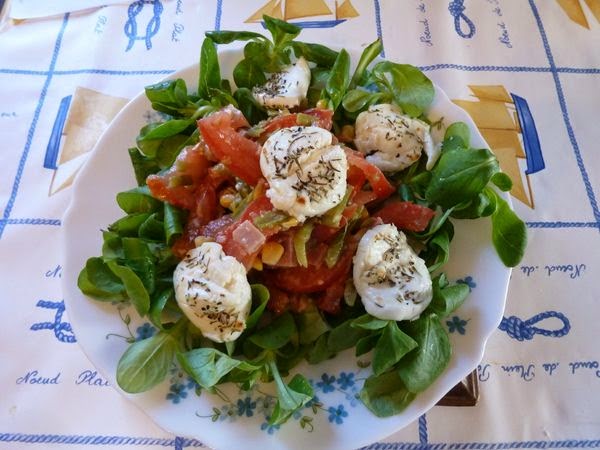 This book sounds delightful! I love to read about food. (and eat it!) Now, it just needs to come in at the library for me. :)

So many interesting facts! Great post! My favorite regional dish? Can it be a dessert? I love all of the apple-based desserts from Normandy. For the main course, I love boeuf bourguignon!

My favorite dish from France is an omelette. While I can make them well myself, and have eaten fair ones in restaurants, nothing is like the French omelette with fines herbes. I am also terribly found of their pommels frites (French fries), and it's true: every delicious sandwich I had in France was baguette, buerre et jambon. Unparalleled anywhere else!

I think I'd like this one a lot. It goes to the same mentality as "don't just visit the Louvre and Eiffel Tower, go where Parisians go." The same with eating. I'll definitely be checking this one out.