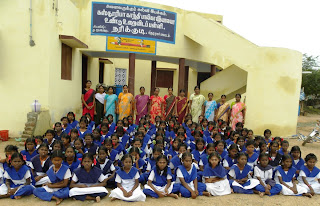 In 2007 and 2009 I travelled to India with my friend Chris to volunteer as an english teacher at this girls school and hostel in Tamil Nadu. (The school is managed by ODAM and receives part government funding for students up to 8th standard). We fell in love with these beautiful girls and made a commitment to continue to support the school as we could. Since 2007 Chris and I have hostel an annual fund raising event, either an Indian dinner or Indian Movies to raise enough money to fund the girls school uniforms and other necessary school items.

Next week Chris is off to school again, this time without me and with a new recruit. It's both sad and exciting for me to help them in their preparations. I'm really excited that Chris is able to go again and Lin wants to go also. I'm sad that I wont be there with them.

So this week we held our annual event, and so far we've raised the same amount of money we did last year. This year our money will be going to fund the purchase of bunks and mattresses for the older girls who have for the past 5 years been sleeping on the floor.

We had 75 people come to see Monsoon Wedding in a local art house theatre where we could start the evening with Indian nibbles, make a small presentation about our school and draw our raffle before the movie started.

Monsoon Wedding was a fantastic movie, with all the colour of Indian Weddings, and three (maybe more) love stories being threaded together. The arranged marriage of a fathers only daughter brings him untold amount of stress, however his love for his daughter and her orhpaned cousin is just beautifully portrayed. The Bride coming to terms with changes in her life realises her soon to be husband is the right man for her. And the wedding decorator discovers his own love for the family's servant as the chaos of the wedding unfolds. 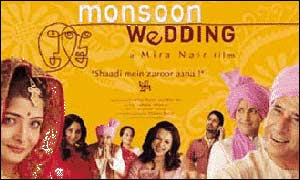 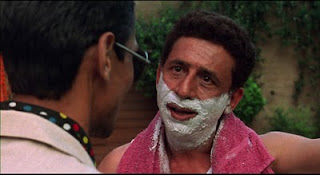 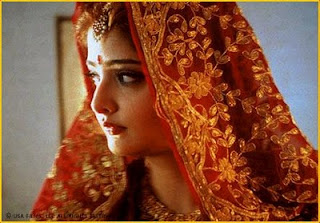 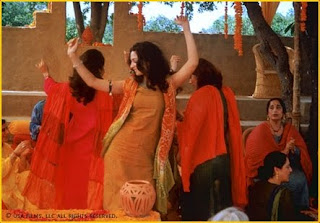 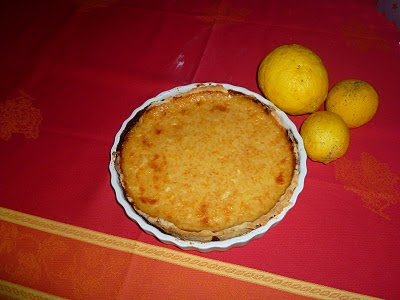 My partner doesn't like lemons. In fact every year he threatens to remove the lemon tree. However the lemon tree persists, and produces the most delicious lemons. Usually I just cut up the lemons and freeze them for cooking with later, or for adding to a jug of iced water on a hot summers day. But I do like to cook with them also.

This past weekend I tried a new combination of recipes to make this Gluten Free Lemon Tart.

For the crust, I followed a recipe by Jules that had very few ingredients and an easy to follow pdf guide and youtube. Normally pie crusts scare me, and trying to find a gluten free option is even harder. But this one seemed relatively easy to make, and while I haven't cut it yet, it looks like it's worked out well. I would say though, that I think I used too much butter, and next time I will use the scales..

For the Lemon filling, I referred to my all favourite cookbook by Stephanie Alexander, the Cooks Companion. (just found it online here, but I prefer to cook from the gorgeous book itself). Now I have tried the filling and it's to die for..... cant stop with one taste test!! 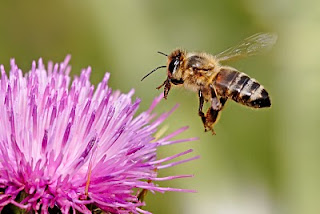 1. Why do I love spring mornings?
2. I hope it's here to stay.
3. By far the most important ingredient in citrus tart is lemon!
4. One of my best friends is American. I do miss her alot!
5. But when I think of her I smile.
6. I have had a craving for lazy Sunday afternoons with champagne and prawns for the longest time.
7. And as for the weekend, tonight I'm looking forward to my man cooking dinner, tomorrow my plans include lunch with a dear and special friend, and Sunday, I want to cook this citrus tart. 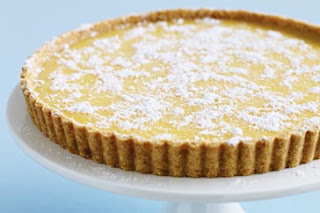 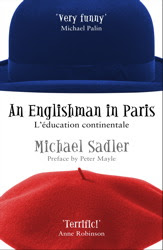 An Englishman in Paris was an easy read for me while I was travelling in France. It's funny - largely because I can see myself in it, and it also provokes some self examination. He pokes fun of the french to some extent, however he dmonstrates how it all begins to make sense - the way the french see things, the way they do things - kind of becomes 'normal'. As a foriegner in France recently, I enjoyed Sadlers stories as I tooo experienced them, and I noted just how much it become 'normal' after onyl 7 weeks in France.

This is the story of one mans journey of discovery as he spends a year in Paris..to educate himself in the mysterious ways of the continent...Abraisive and tender, naive and in the know, An Englishman in Paris is a sharp, hilarious and afectionate loook at our [UK's] nearest neighbours and the nature of foreignness.

I particularly enjoyed his retelling of the story of how he became accepted by the local blokes at the local cafe. The bar at the cafe made out of metal becomes known as 'la zinc' becomes the centre of his afterhours discoveries. In chapter six, Sadler reflects 'most evenings round about a quartier to eight a group of local commercants - butcher, fishmonger, wine merchant - meet at the bar for an aperitif. I envied their particular French kind of comaraderie. They'd kiss each other several times, tweek cheeks, pummel shoulders, and thimp backs as if they were trying to dilodge a trout fishbone. I'd love to be bruised by mes copains.... Well, there comes a time when the local blokes accept l'etranger. Later in the book he retells 'the club looked at each other and nodded in agreement. I had passed the test........ and they winked at me'.

I think many foreigners long to be accepted by the French, and Sadlers story captures the fragility of that possibility. One needs time, committment and passion to persue the friendship of the French. All of which I too have found true and I believe I have (on occassions) passed that test. 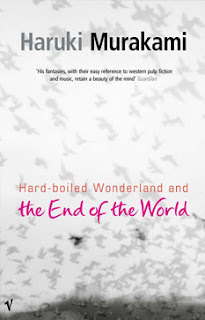 My first book for this years Japanese Literature Challenge - Hard-boiled Wonderland and The End of the World. Again, I thoroughly enjoyed Mrakami's work, although I think this work (one of his earlier ones) was quite different to many others I have also enjoyed. I've previously blogged about how I have enjoyed the surealism and fantasy of Murakami novels. While I think those elements were present in this one, I dont think they were quite as bizzare.

The book cover reads 'Science fiction, detective story and post modern anifesto all rolled into one rip roaring novel.... tracking one mans descent into the kafkaesque underworld of contemporary Tokyo, Murakami unites East and West, tragedy and frace, compassion and detachment, slang and philosophy. The result is a wildly inventive fantasy and a meditation on the many uses of the mind.

I just dont think it was as full of those contrasts as the cover suggests. It was easy to read once you had the pictures in mind, and it was interesting enough to want to know what all this has to do with each other. But it wasn't as 'out of this world' as some of his other novels.

Still, enjoyable and creative, allowing an escapism one sometime needs in a novel, and infused with the Japanese character. 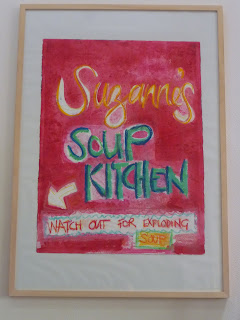 it's not a menu, but a painting hanging in my cousins kitchen.
I just liked it. It expresses alot about who she is and what she believes
about being in the kitchen. Her motto is 'watch out for exploding soup!'

These are a few menu's from France 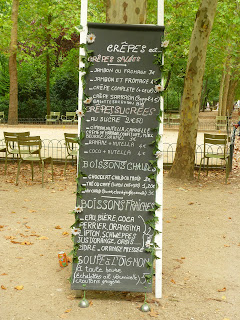 The Cafe in the Jardins du Luxembourg 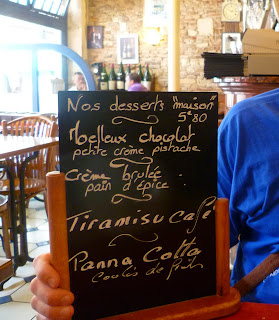 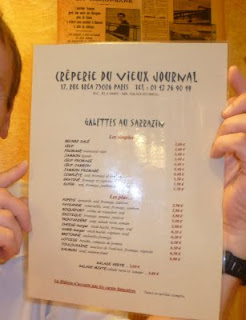 Sorry It's difficult to read, but it's one of cheapest and elegant places
we found to eat near Montparnese.

This weekend we're hosting a french dinner, so
watch out for more french food photos