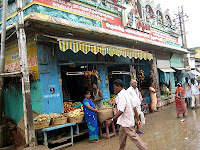 Christmas is both a time of celebration and a time of reflection for me - as I have to good fortune to have been born in Australia, to be able to choose my faith, and many other things, I like to take the time to be thankful for what I have and to consider what I do not need.

For me this Christmas has been lovely as I was able to visit my parents interstate earlier, and to have my sister and her family at my place for christmas day. There's so much to be thankful for when you have family.

But hand in hand with the joys of christmas, comes time to consider stuff. I wont go into my thinking too much right now, but I wanted to share with you these links. One of my New Years Resolutions will be to increase the capacity for Australians to be able to support my favourite charity - the girls school and hostel in India where I have lived and worked and fallen in love with girls who once had no hope. So
Thank you so much...
Tamara
Posted by Tamara at 12:38 PM 2 comments:

I finished this book about a month ago, but life has been hectic and I haven’t had the time that’s necessary to reflect on this awesome novel. This is one of my Japanese Literature Challenge 4 novels, and I am so glad I choose it. It’s true to Murakami’s style and, at the same time as being chaotic, bizarre and surreal, I felt that there was a message in it for me.

There are many excellent reviews about the content of this novel, some include:

Ben, who review it at GoodRead, states that the novel is “set in Japan in the 1980s, at the height of the country's economic rise, it tells of a solitary magazine writer who suddenly has a strong urge to search for his old girlfriend”. So, given the story is set in a profiting Japanese Economy, where this journalist could have anything he wanted, I have taken away these messages from the story.

The narrator tells us he’s ‘over’ his job, he describes it as just like ‘shovelling snow’, repetative, boring and anything he produces will eventually just disappear anyway. He’s discontent with his lot in life, although not able to put his finger on it, unable to actually say he’s discontent. Other reviewers noted that he was represented as a happy go lucky kind of guy, able to take what came his way with relative ease. However, I still pictured him as discontent. I think that’s why he had dreams that were focused on ‘searching’ – for the girlfriend, for the mysterious floor at the hotel, for the sheepman...

I wondered if the narrator was in fact searching for a deeper meaning to life. He’s divorced, lost his girlfriend (in Wild Sheep Chase) and doesn’t get a great deal of meaning from his work. He is amused by the lack of meaning and substance in his movie star friends life, but envious of the opportunities that his friend gets.

He spends most of the story in search of something, which I think is meaning, by fostering a ‘big brother’ relationship with a young girl – perhaps trying to see if ‘family’ is what he wants. He reconnects with his movie start high school friend, and searchers for meaning through pleasure – driving the Ferrari, seeing call girls, and drinking at fancy places. He wonders if there’s meaning in building a new relationship and looks towards the hotel receptionist for company.

If, as Ben says, the novel is set in an economically strong Japan, then perhaps money isn’t providing the narrator with what he’s longing for. Perhaps there’s something very familiar to us about his journey?? Have we not been persuaded to think that with money we will be happy? That our job is our identity? That we’re of no value if we’re not in a relationship? Even with these things, the Narrator was not content – he was driven in search of the real meaning in his life.

Perhaps the message is Dance, Dance and keep on Dancing until you find what it is your looking for. 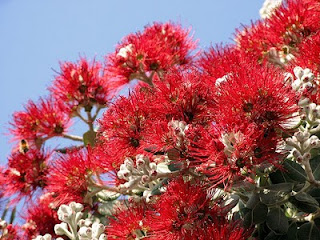 I have recently been reacquainted with this work and I thought I would share it with all who may find themselves reflective during this season. Wishing you all a Merry Christmas and a special time of connection with all that's important to you.

Desiderata - Max Ehrmann, 1928
Go Placidly amid the noise & haste and remember what peace there may be in silence. as far as possible without surrender be on good terms with all persons. Speak your truth quietly and clearly and listen to others, even the dull and ignorant; they are vexations to the spirit. If you compare yourself with others you may become vain and bitter: for always there will be greater and lesser persons than yourself.

Enjoy your achievements as well as your plans. Keep interested in your own career, however humble; it is a real possession in the changing fortunes of time. Exercise caution in your business affairs for the world is full of trickery.

But let this not blind you to what virtue there is. Many persons strive for higher idea;s and everywhere life is full of heroism. Be yourself. Especially do not feign affection. Neither be cynical about love, for in the face of all aridity and disenchantment, it is perennial as the grass. Take kindly the counsel of years, gracefully surrendering the things of youth.

Nurture strength of spirit to shield you in sudden misfortune - but do not distress yourself with imaginings. Many fears are born of fatigue and loneliness. Beyond a wholesome disciple be gentle with yourself. You are a child of the universe, no less that the tress and stars.
You have a right to be here. And whether or not it is clear to you, no doubt the universe is unfolding as it should.

Therefore be at peace with God, what ever you conceive Him to be, and whatever your labours and aspirations in the noisy confusion of life, keep peace with the soul. With all its sham, drudgery and broken dreams, it is still a beautiful world.

Be cheerful. Strive to be happy.
Posted by Tamara at 7:01 PM 2 comments:

I'll be back soon 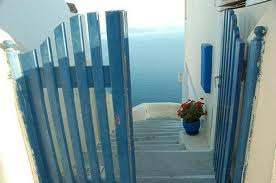 Hello dear friends, I just wanted to say I'll be back soon. I've just popped out for a few things, but they wont take me long to do, so please come back and visit soon. I look forward to seeing you then.