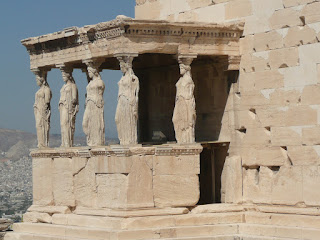 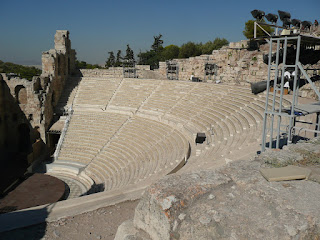 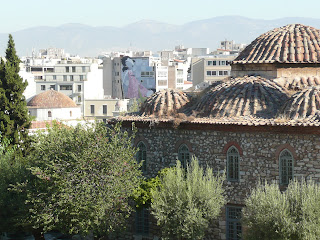 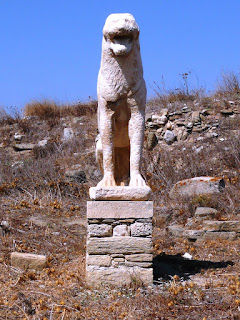 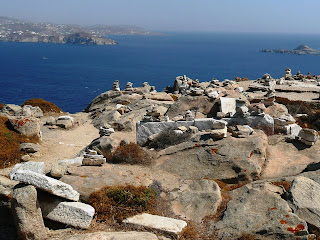 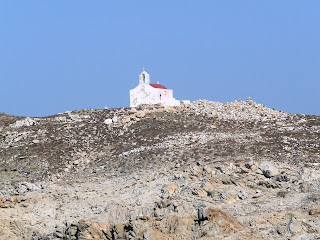 I feel like I'm on a forced break from blogging... I'm experiencing technical problems with the internet at home and I'm  being forced to do everything on my tablet. Its not easy.


So, while I'm not able to make progress with my blogging, I thought I'd remember a break i did enjoy!! Greece, Athens and Mykonos. Beautiful blue skies and oceans, white churches, history everywhere and great food and wine. Very happy memories.

Im hoping to get back to my good self very soon. I have some interesting posts i want to do..
Posted by Tamara at 4:37 PM 1 comment: 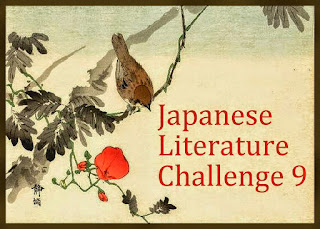 This is a late entry to Dolce Belezza’s Japanese Literature ChallengeNo 9 (JLC9).


The aim of JLC is to read at least one book (or movie etc) with a Japanese Author, Topic, Setting... The JLC runs over several months – I think from June – January. This year, there were more than 30 participants, some read & reviewed multitudes of books, others only one. Me – I’m reviewing three. 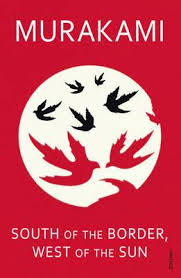 South of the Border, West of the Sun – Murakami


“growing up in the suburbs in post-war Japan, it seemed to Hajime that everyone but him had brothers and sisters. His sole companion was Shimamoto, also an only child. Together they spent long afternoons listening to her father’s record collection. But when his family moved away, the two lost touch. ... Now Hijime is in his thirties. After a decade of drifting he has found happiness with his loving wife and two daughters, and success running a jazz bar. Then Shimamoto reappears. She is beautiful, intense, enveloped in mystery....”

This book has many of the Murakami symbols that we’re familiar with – Jazz, small  families, intriguing and reappearing personal characteristics, separation from society.. But it also differs from other Murakami novels in that it’s more of a self discovery and questioning journey for the lead character. There’s an overlay of morals and ethics in his questioning.

Personally, I found the central theme of the book – Marriage and Personal happiness – to be it’s draw card. I enjoyed the lead characters tussle with his desire for the beautiful and yet his desire for the consistent and culturally significant. I think many of don’t realise just how powerful the contradiction of marriage and personal desire can be.

I devoured this book while I was holidaying in Vietnam last year. I note that it cost me 260 Dong (AUD $16.50) so I was keen to have it. I recall one day, someone on the bus noted what I was reading, he commented that Murakami was a world reknown author and wasn’t it good that even in other countries we can find our favourite authors. 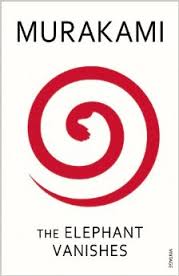 
A collection of short stories – New York Times said “All the stories take place in parallel worlds not so much remote from ordinary life as hidden within it’s surfaces; secret alleys that afford unexpected – and unsettling – views”.

The back cover says ‘In every one of these stories Murakami makes a determined assault on the normal’.  I agree – these short stories are so very Murakami! I always enjoy those twists, escapes from reality (when you can see that), and alternative realms.

I have to say, I got a bit lost with the TV People, but I quite liked the way the women and the green monster related to each other. The story about Insomnia was sort of disturbing, but so close to reality it concerned me. How many people get through parts of life with little or no deep sleep, then make decisions... The story about the brother and sister, and her fiancé – well that was just annoying! All families have someone others don’t like or who are just insipid!

Still – for a book of short stories – I enjoyed it. I liked that I could pace myself by the stories, that I could move on from one wierd thing and start another.... I do love trying to find Murakami’s signatures – Jazz, Trains and Stations, reference to pasta or cooking, telephone calls.... 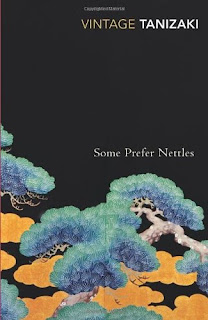 This was my challenge for JLC9 – Murakami is my main squeeze for JLC’s, so I try and get outside my comfort zone with something. I choose this because it was a study of marriage and divorce in the Japanese Culture.

‘The marriage of Kaname and Misako is disintegrating: whilst seeking passion and fulfilment in the arms of others, they contemplate the humiliation of divorce. Misako's father believes their relationship has been damaged by the influence of a new and alien culture, and so attempts to heal the breach by educating his son-in-law in the time-honoured Japanese traditions of aesthetic and sensual pleasure. The result is an absorbing, chilling conflict between ancient and modern, young and old.’[Goodreads description]

Written in 1929, it was apparently first published as a newspaper serial, but has since been translated in many languages and published all over the world. The author, Tanizaki, was nominated for the Nobel Prize in Literature and is considered one of the leading modern Japanese authors of the early 20th Century. According to Wikipedia, his stories were frequently narrated in a context of a search for cultural identity in which constructions of the ‘west’ and Japanese tradition are juxtaposed.


What I enjoyed was that ‘holding back’ to see if the Japanese tradition would win out, but in the end, the ‘western’ ways seemed to drag both characters into the 20th C. There was a lot of description given to the significance of the Puppet Show in Japanese Culture. This was one of the links to the past that Kaname really wanted to hold on to. The author also paid attention to small details of Japanese culture – such as the role of the wife in seeing to the beauty in the house.


“The bamboo summer mats, reflecting the green of the June foliage up from the floor, were cool against their stockinged feet. There was a faint smell of incense – a grass seed, they would have guessed – through the house’.

This quote captured the themes and characters of the book perfectly for me....

‘For all the excitement of her love-affair, Misako still changed the decorations in the Japanese rooms now and then, the hangings and the flowers to harmonize with the changing of the seasons.... still when Kaname thought of the day when the flowers would disappear, he knew that even this lifeless marriage, like the woodwork seen and remembered morning and evening and morning again, was something so near and familiar that it would continue to pull him even after it was gone.”  (ch 13).

Another  exciting JLC for me. i posted earlier about how I went to the Singapore Writers Festival and participated in some forums on Japanese Literature and Murakami. I'll try and post some memories of those discussions later this week..

Addendum: I forgot I also read Audition. This was ok in the first 2/3 of the book but it got too gross to finish. Probably why I forgot to mention it. For the original review that inspired me to look it up... go here