India and my Video Project 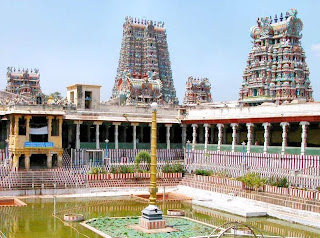 It's not long now before my friend and I head off to Tamil Nadu, in India's South, to visit and volunteer as English teachers in a girls school and hostel. Our plans are coming together, and our excitement is growing.
The school and hostel are in a rural area near Madurai - home to this amazing temple. But I recently found something else I want to visit in Madurai - the Women's Education Project. http://www.womenseducationproject.org/

While I'm in India, I am hoping to do some video interviews of the organisation's Directors, Teachers and especially some of the girls who are currently enrolled in the school program. If you visit the above website of the Women's Education Project, you'll find some of their video clips. I want to do something like this.

Your help is wanted! I am currently preparing some scripts for the proposed video interviews. I'd love to hear what sort of things you'd  like me to ask the girls in India. Here's the link to their website: http://www.odamindia.org/


I look forward to hearing your ideas. 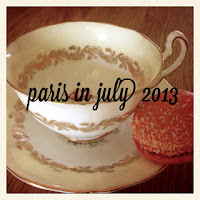 Finalising my own goals for Paris in July (now more than 5 weeks ago!) I wanted to offer a brief review of the last two books I read for Paris. I cant remember where I heard about Henri's Walk to Paris, but I think it was on another Paris in July participants wish list - thank you who-ever recommended it.
It's a simple story with lovely simple but distinctive graphics. Others have remarked that the story is classic and elegantly illustrated. The colours in this book remind me of my own childhood, which is not surprising as the book was first published in 1962, more recently re released in 2012. The artist, Saul Bass (1920 - 1996) was a celebrated American graphic designer and film maker, He apparently designed many famous logos including AT&T, United Airlines & Quaker Oats. 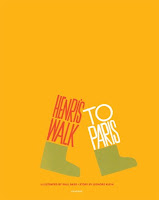 For me, the story is both simple, yet quite powerful. I don't want to reveal the full story, because I'm sure you too will enjoy the mystery as you turn each page. But I wanted to highlight that, while this may be a beautiful children's story, there's a message in it for everyone. We dream of big cities, with bustling life and potential excitement - however, there are many wonderful things to enjoy in the presence of your loved ones. Here are just some of the pages from this book, which I hope don't reveal any story punchlines. 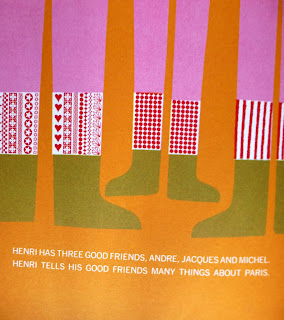 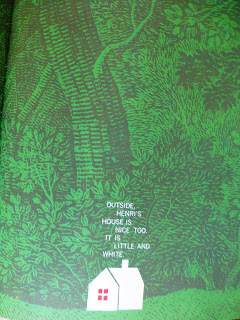 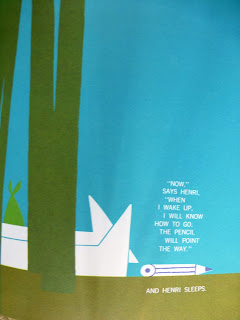 George Orwell's Down and Out in Paris & London was a very different read, and there has been much said about this book in other arena's. Down and Out in Paris and London (1933) is one of George Orwell’s first published works, an autobiographical account (or perhaps only a semiautobiographical account, depending on which reviewer/critic you read) of being destitute in Paris and London.
My overall impression was that the book was slightly too long, therefore giving me the impression that Orwell was trying too hard to make an impression. In the beginning I was interested in his 'assignment', which seemed to be self-imposed period of poverty. He was compelled to sell his clothes, piece by piece, to pay for board, food and cigarettes. He made friends with other poor people who taught him the way's of the streets. As an author, i felt he described the scenes and experiences in enough detail that I could almost smell and sense the filth and grott - however I didn't much get a sense of the emotions one would feel when sinking into a cycle of poverty.
One reviewer wrote: To me, “Down and Out” read mostly like a classic bildungsroman: an unsentimental education and a bit of a slog. Orwell (before he becomes “Orwellian”), a peripatetic but not entirely purposeless young man, with an enviable writing style and an open mind (within the limitations of an Etonian education), immerses himself quasi-voluntarily among the working poor of Paris and London, and writes about it. Whether it is more of a diary in situ than a recollection in solitude, more fact than fiction, more Brechtian than Shavian, I, as a sympathetic reader, wondered about it but didn’t really care.

The book ends with a call to arms - one that I'm happy to ascribe to - and that is one of empathy and compassion - for the circumstances that individuals and communities find themselves in are often not even of their own making - Orwell learnt this:
I shall never again think that all tramps are drunken scoundrels, nor expect a beggar to be grateful when I give him a penny, nor be surprised if men out of work lack energy, nor subscribe to the Salvation Army, nor pawn my clothes, nor refuse a handbill, nor enjoy a meal at a smart restaurant. That is a beginning.

"And there is another feeling that is a great consolation in poverty. I believe everyone who has been hard up has experienced it. It is a feeling of relief, almost of pleasure, at knowing yourself at last genuinely down and out. You have talked so often of going to the dogs—and well, here are the dogs, and you have reached them, and you can stand it. It takes off a lot of anxiety." Chapter 3, pp. 20-21

Describing one of the jobs he took when down in Paris - 'The plongeurs, again, have a different outlook [to the waiters]. This is a job which offers no prospects, is intensely exhausting, and at the same time has not a trace of skill or interest; the sort of job that would always be done by women if women were strong enough'. (Chapter 14)... 'and yet the plangeurs, low as they are, also have a kind of pride of the drudge - the man who is equal to no matter what quantity of work. At that level, the mere power to go on working like an ox is about the only virtue attainable'.

Passing comment on the English laws that seem to enforce poverty and the cycle of homelessness, Orwell spent the last two chapters putting his thoughts of the whole experience in perspective. 'the other great evil of a tramps life is enforced idleness. By our vagrancy laws, things are so arranged that when he is not walking the road he is sitting in a cell, or in intervals, lying on the ground waiting for the casual ward (homeless hostel) to open. it is obvious that this is a dismal way of life, especially for an uneducated man'. (chapter 36).
Posted by Tamara at 1:59 PM 2 comments: