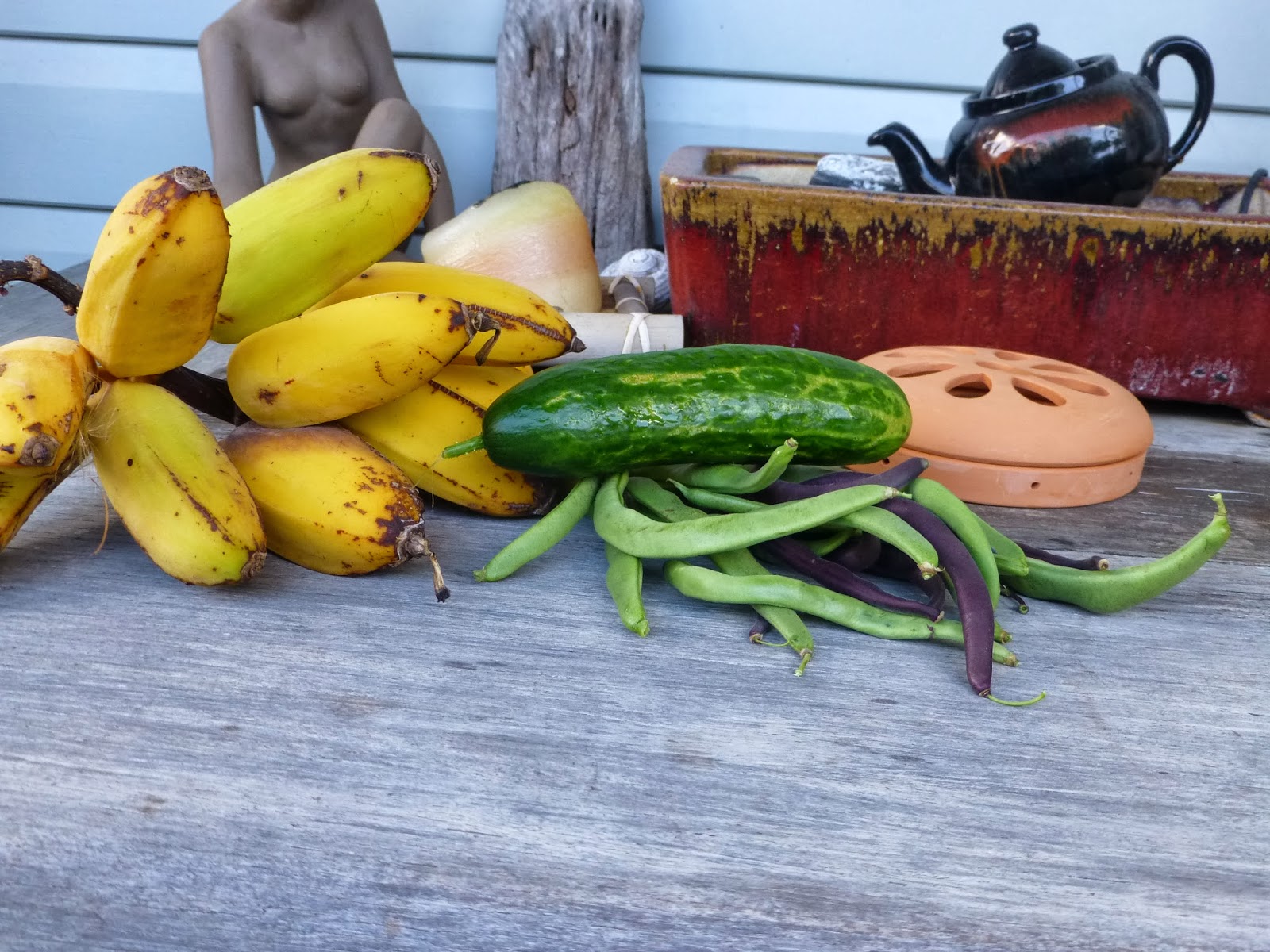 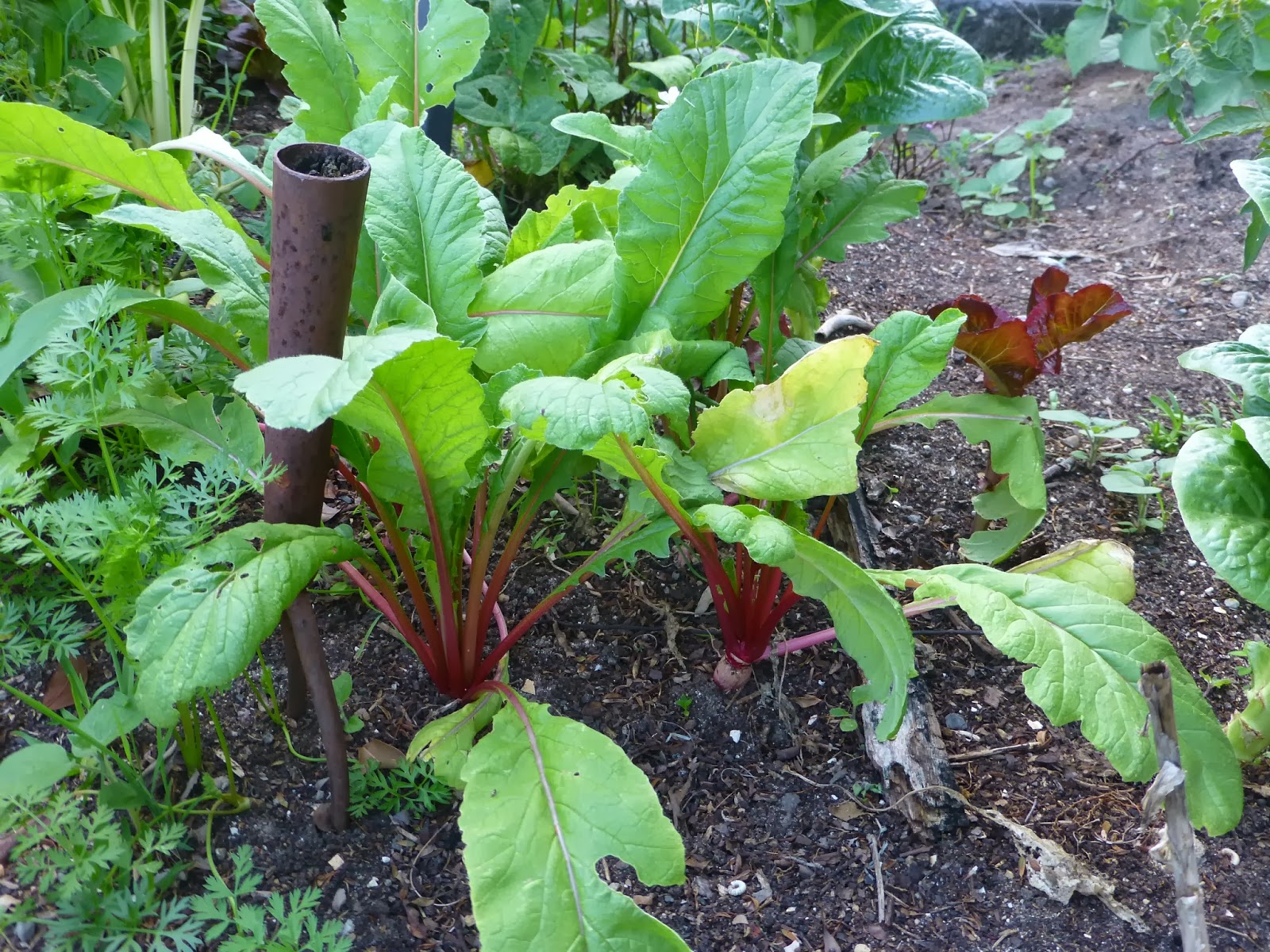 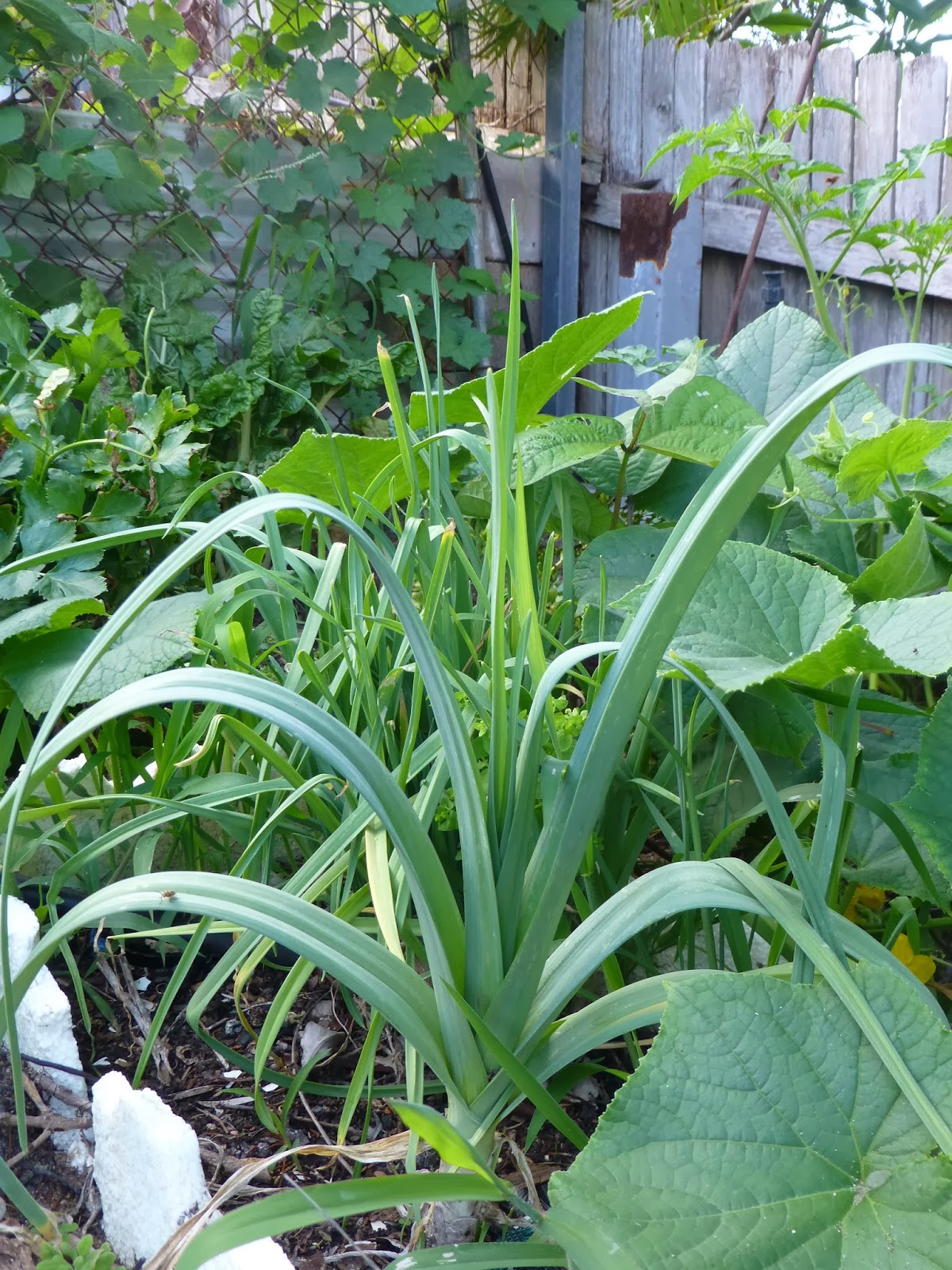 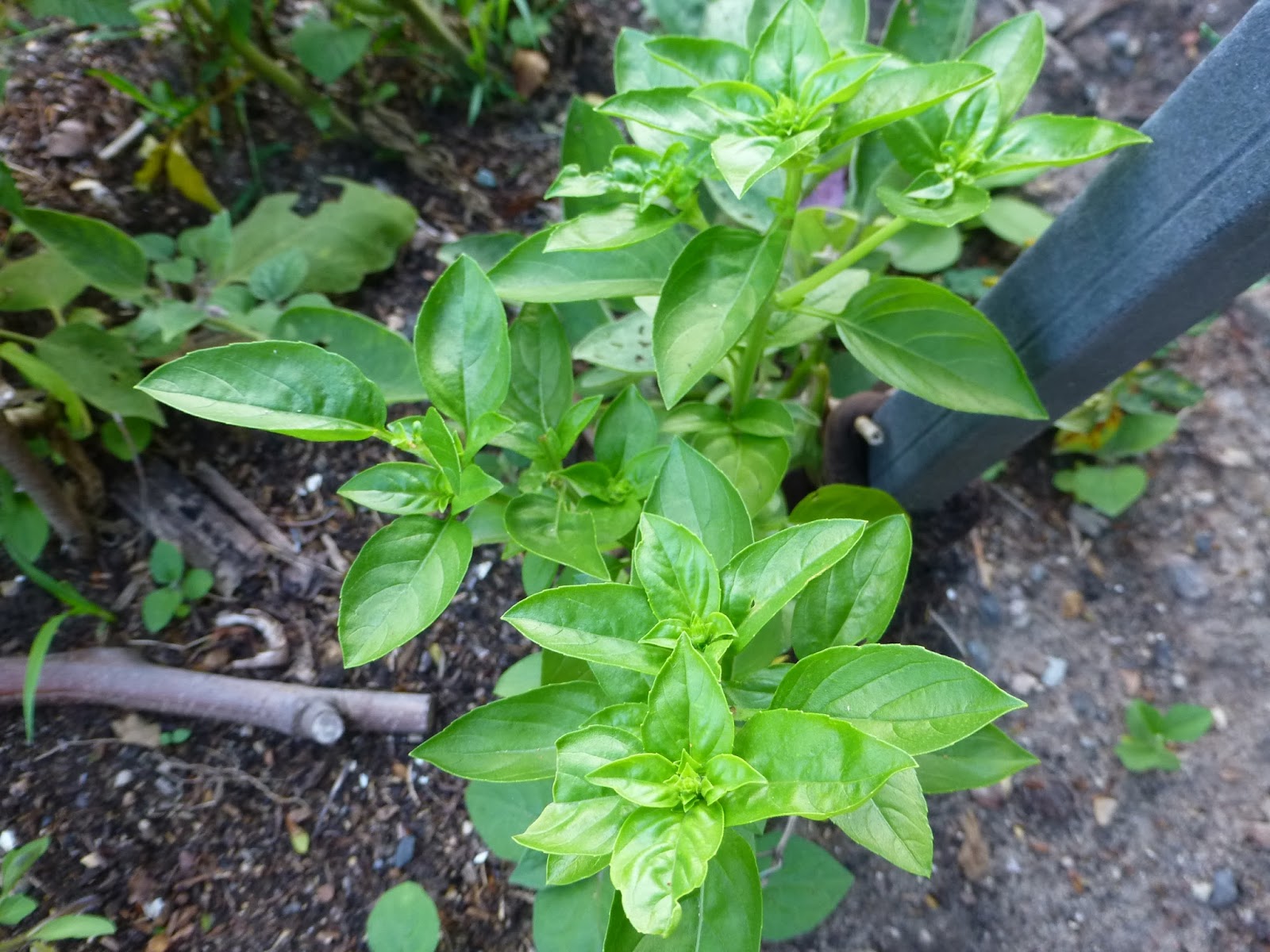 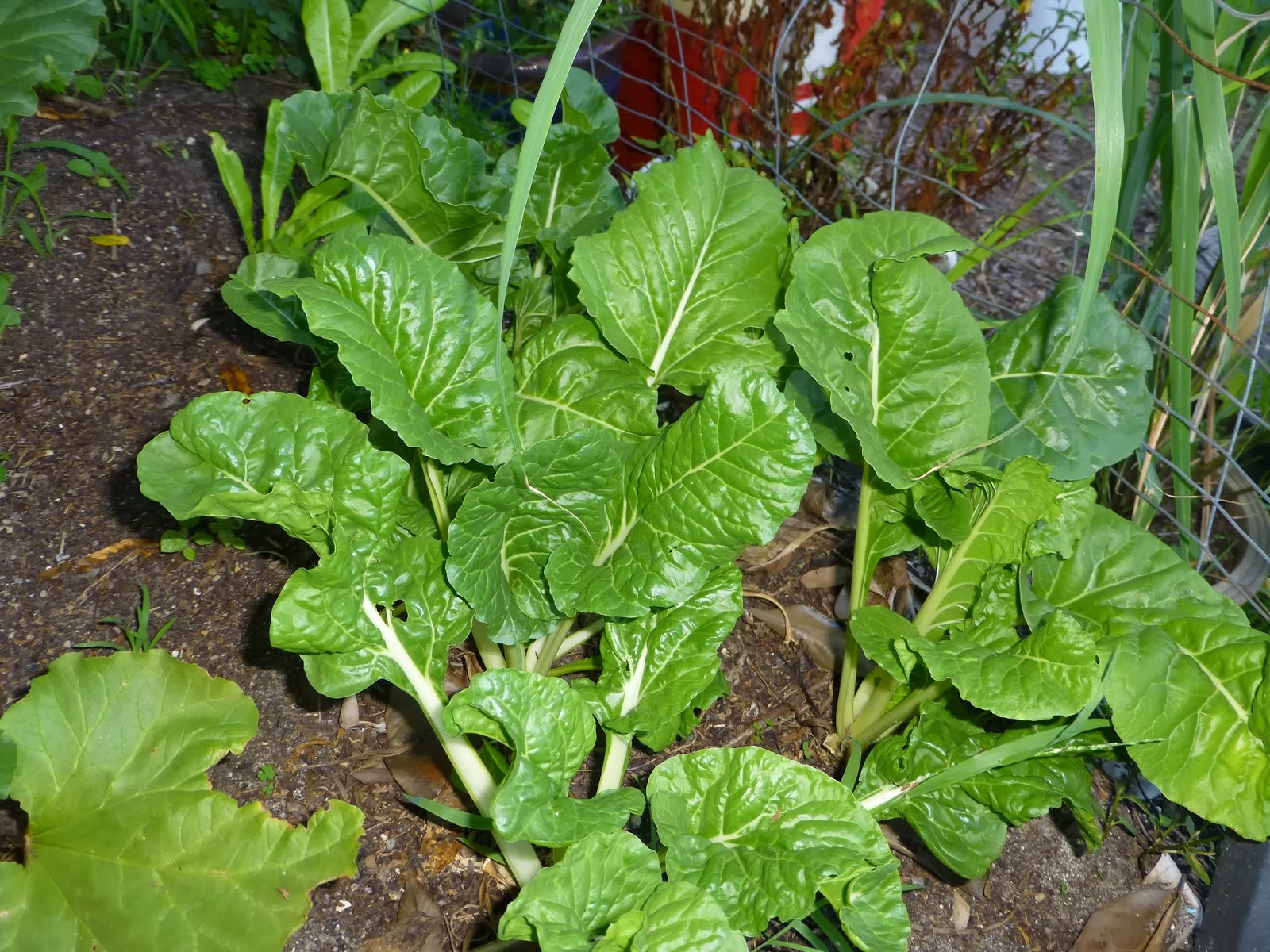 Spinach
After, what seems like a chaotic start to the year, I'm finally seeing some of the fruits of my labours. I made a new years commitment to developing and maintaining a food producing garden. This is quite a challenge given I stay in the city for 4 nights of the week... but the small segments of time I've been able to put into the garden since it's renovations at Christmas appear to be adding up.
I'm really happy with the produce I'm getting out of it now - and even happier that, when I'm away, my man can find his way round the garden to find his salad and veggies.
So far this weekend I've
Meanwhile, as I potter in the garden I have been pondering things - family issues, work projects, and still trying to work out my own priorities and hopes for 2014.... there's so much to think about.
So pondering and gardening are things I take a stand on - do it - and something is better than nothing!

PS. updates on exploring ethical chocolate to come soon
and - I've updated my 'books read' tab for 2013 and was pleased with self - most read in a year since 2009!
Posted by Tamara at 2:41 PM 2 comments:

Dolce Bellezza hosts this wonderful reading challenge and I've joined in for many of them over the past 7 years! I love this challenge for many reasons, but probably mostly for sentimental reasons. When I started blogging, I wasn't much of a reader, and could never really boast about what books I had read. But this challenge introduced me to some new genres, authors and content that I have really enjoyed. You can see some of my previous posts about these challenges here in my review pages.

In most of the previous years I consumed Murakami with a passion. Now I can really boast that I have almost read everything he's done - fiction and non fiction.

So this year I've sought out some different authors and styles - and have any another interesting  and engaging experience of Japanese Literature. Snow Country, for me was a little weak on interest and plot - but was immensely beautiful in descriptors of the country, the activities and relationships. The author, (I found) Yasunari Kawabata was a Japanese short story writer and novelist whose spare, lyrical, subtly-shaded prose works won him the Nobel Prize for Literature in 1968, the first Japanese author to receive the award. His works have enjoyed broad international appeal and are still widely read. And this is something else I can boast - to have read a Nobel prize winner..

Mistress Oriku: Stories from a Tokyo Teahouse, by Matsutaro Kawaguchi, translated by Royall Tyler is set in Meiji-era Japan, this is the story of the sensitive, compassionate and indomitable Mistress Oriku. Formerly involved in the pleasure trades of Tokyo, Mistress Oriku leaves that life behind to run an elegant teahouse on the city's outskirts. But despite her hopes for a quieter, less hectic life, she finds she can't escape her involvement in the city's creative, intellectual and political circles [borrowed from Goodreads.com].
I really enjoyed this story about an older women who knew her place in society and her influence, but also enjoyed the company of men. I was impressed by her character and a little envious of the Japanese Culture that allows women such a place.

(sorry for the bad image).. The Temple of the Golden Pavilion, by Yukio Mishima, Ivan Morris (Translation).  In The Temple of the Golden Pavilion, celebrated Japanese novelist Yukio Mishima creates a haunting portrait of a young man's obsession with idealized beauty and his destructive quest to possess it fully. [borrowed from Goodreads.com].
Based on a real incident that occurred in 1950, The Temple of the Golden Pavilion brilliantly portrays the passions and agonies of a young man in postwar Japan, bringing to the subject the erotic imagination and instinct for the dramatic moment that marked Mishima as one of the towering makers of modern fiction.
I haven't got anything good to say about this book - I never finished it. Too depressing. Again, that's something I've learned about Japanese writings - it can be all too real!

I'm yet to finish all the stories in 'The Izu Dancer and other stories' but the Izu Dancer was written by Kawabata (the one who wrote snow country) and I can say his style was much the same in this short story. Very description, almost poetic for me, simple in structure, and based on the country side and activities of the everyday. See - now I can boast I've read two of his works!
This is on my e reader, so I pick up these stories when I'm on the train. I'm sure I'll get through the others soon.

So that's another episode of Japanese Literature Challenge hosted by Dolce Bellezza. See the challenge site here for all the other amazing entries.

Before I sign off though, I want to say a huge thank you to my fellow challengees because with out your wonderful reviews, I wouldn't know where to start on choosing my books. I look forward to joining you all again next Challenge (which usually start July through to January).

Confessions of a Chocaholic!

In  my pursuit of being considered, intentional and purposeful, [part of my year devoted to simple living] I've identified February as Chocolate month. So here's my confession - I am a chocaholic and I live with a chocaholic. We eat chocolate almost every day.

But most of us would know by now that chocolate production is caught up in some very unethical practices. I'm not clear about these, and would like to be more aware. So I've decided that during the month of February I will research the practices behind chocolate production, trial a range of available fairtrade and other ethical brands, and hopefully find some chocolate we like, that is not hurting other people or the planet. Sadly, I know that this means that I may need to change my ways.... it is always possible that the best thing I can do for others is to quit.

It really scares me what I am about to learn, but it scares my partner even more. So I return to January's goal - stakeholder engagement. If I want to make changes in my chocolate eating practices I must engage my partner - because we need to share the experience of eating chocolate, but also because he does all my shopping. So, whatever I read, I'm going to have to discuss with him, give him time to process the info, and work with him on what our future practices will look like.

I'd appreciate anyone's thoughts, wisdom and guidance. If you have links, articles or authors you recommend, please send them through. My contact email is available on my 'about me' page.