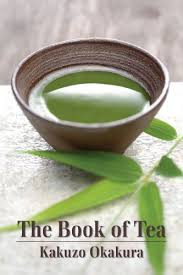 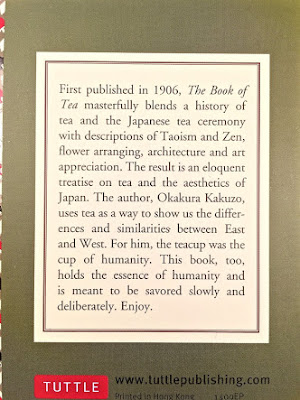 I read this as part of my participation in the Japanese Literature Challenge, and really enjoyed it. As mentioned in the clip above, this was published at the turn of the 20th century, but regardless of its age, it was still relevant in today's times. I just wanted to share some quotes...

"Tea began as a medicine and grew into a beverage. In China, in the eighth century, it entered the realm of poetry as one of the polite amusements. The fifteenth century saw Japan ennoble it into a religion of aestheticism—Teaism......a cult founded on the adoration of the beautiful among the sordid facts of everyday existence."

"It is in the Japanese tea ceremony that we see the culmination of tea-ideals. Our successful resistance of the Mongol invasion in 1281 had enabled us to carry on the Sung movement so disastrously cut off in China itself through the nomadic inroad. Tea with us became more than an idealisation of the form of drinking; it is a religion of the art of life. The beverage grew to be an excuse for the worship of purity and refinement, a sacred function at which the host and guest joined to produce for that occasion the utmost beatitude of the mundane."

"A special contribution of Zen to Eastern thought was its recognition of the mundane as of equal importance with the spiritual. It held that in the great relation of things there was no distinction of small and great, an atom possessing equal possibilities with the universe. The seeker for perfection must discover in his own life the reflection of the inner light."

The whole ideal of Teaism is a result of this Zen conception of greatness in the smallest incidents of life. Taoism furnished the basis for aesthetic ideals, Zennism made them practical.

"The Taoist and Zen conception of perfection, however, was different. The dynamic nature of their philosophy laid more stress upon the process through which perfection was sought than upon perfection itself. True beauty could be discovered only by one who mentally completed the incomplete. The virility of life and art lay in its possibilities for growth. In the tea-room it is left for each guest in imagination to complete the total effect in relation to himself. Since Zennism has become the prevailing mode of thought, the art of the extreme Orient has purposefully avoided the symmetrical as expressing not only completion, but repetition"

"Thus they sought to regulate their daily life by the high standard of refinement which obtained in the tea-room. In all circumstances serenity of mind should be maintained, and conversation should be conducted as never to mar the harmony of the surroundings. The cut and color of the dress, the poise of the body, and the manner of walking could all be made expressions of artistic personality"

I really enjoyed this book, and also found links to free audio editions. Its 7 chapters focus on different elements of the art of tea, including schools of tea, Taoism & Zennism, the tea room, art, flowers & the tea masters. If you're interested in tea, rituals, and Japanese culture I recommend it. 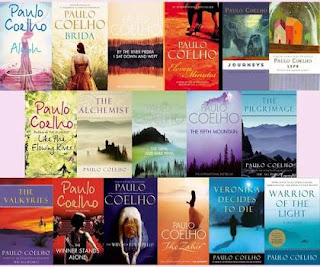 Paulo coelho has written a plethora of great books. I've read enough of them to feel confident that picking up one of his books would be rewarding. I have enjoyed Coelho's spiritual and story lines. Brida stands out as one of my favourite "youth hostel" find. (That's a book you swap when your in a hostel) 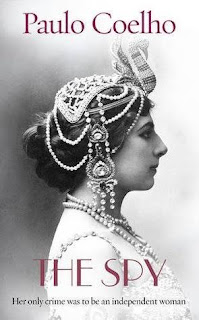 Sadly, this one didn't join my list of good reads... Ally commented in my last post, that this disappointed her so much. Still I persisted... and now I can join Ally. This is a disappointment for the Coelho fan. Now I'm tempted to find another Coelho book to restore my faith. Any ideas?
Posted by Tamara at 8:01 PM 3 comments: 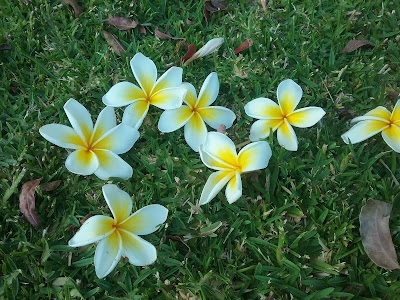 Yeh! It now feels like summer is really here. I've finished the first of four years in my Masters, and the Frangipani is blooming... thats a true sign of summer.. 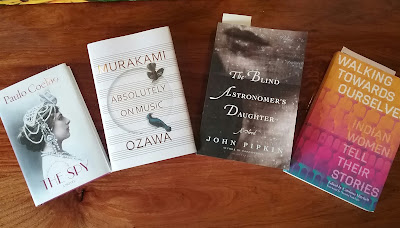 So, with no study on my mind, I have found my summertime reading (very ambitious for me)... along with these hard copies, Ive also got some on my Kindle, including 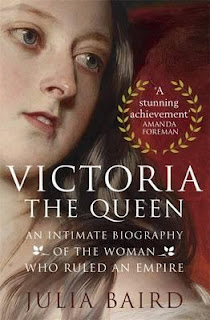 I'm still committed to the Japanese Literature Challenge, and have already posted on my intentions for that here. I plan to read those books as well.... maybe a little ambitious...

Ambitious or not, I'm certainly looking forward to the summer. I also have set myself the goal of getting to the beach or lake each week. I live 2km from the sea and 4 km from the lake, but year after year, I am embarrassed to say how little I get to the water. This summer I cant ride my bike or do long walks as I would like to, so swimming & kyaking will be my new thing. Im looking forward to those mini adventures.

And of course, there's my gardening hopes. I'll post more on the garden soon. Recently I've found it a source of joy & strength to me, a place of solace and rejuvenation, and my gift.