Paris in July - Taste of Paris 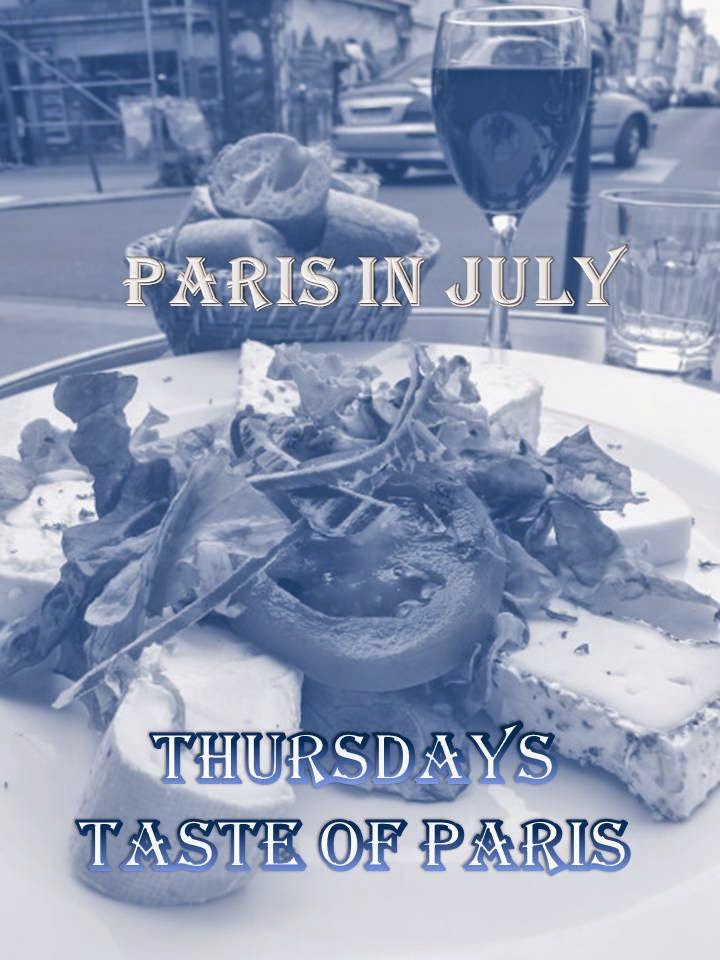 I was going to post something on Wine today, but I've decided I want to actually do some wine tasting and research for that post this coming weekend - So I will post on wine next week.

Today I want to introduce my overseas friends to an truly Australian experience of Paris in July. Every July, when most of us are preparing to go to bed, a fabulous TV spectacular commences at 10pm here in Australia. For the duration of Le Tour de France, SBS television runs a beautiful production of the race.

The show starts with a 1/2 hour of Gabriel Gate's Taste le Tour - segment devoted to the food of the region that the race is riding through that day. Gabriel has been presenting this show for many many years - and we Aussie Francophone's just love Gabriel. We love his accent, the people he interviews and the cooking lessons he shares with us.

Following Gabriels opening food show, the presentation of the race on SBS is absolutely world class and world leading. The SBS presentation of the Tour is so beautiful that when we were actually in France on the side of the road watching the race, we were skyping home to Aus to watch the SBS show of the race. I need to apologise to my OS friends, cos I really dont know if you can watch Gabriel, but I hope you can from some of these links...


Once again, Gabriel discovers the best gourmet specialties of each region of the 21 stages of this amazing race. He visits century-old markets and restaurants, and features cheeses and wines that have been made in the same manner for three or four hundred years.
After having trained as a chef in France 40 years ago with some of the great French master chefs, Gabriel firmly believes France is the most exciting country in the world for food. In each segment, he cooks a superb local French dish that features the specialties of the region. Some dishes are ancient, others are modern and exotic.
Gabriel knows France intimately and has chosen for his stories some stunning scenery in each region, including a number of the most historic and picturesque French villages.


Inside Gabriels Kitchen is another great report on Good Food.


Gabriel Gate's relaxed French demeanour can be deceptive - one of Australia's most enduring celebrity chefs is also one of the hardest working. Gate has written 22 cookbooks since he followed his Australian love, Angie, a language teacher, to our shores in 1977.

(I tried to embed this but it didn't work)

And when I was searching today for some information to include here in my post, I came across this even better post about Gabriel and his cooking shows. Check out this post on The French Wench - she even had the opportunity to interview Gabriel! Our friend, the French Wench says


One particular moment of Le Tour I try not to miss is the daily 4-minute segment preceding the race, which is dedicated to the food and specialties of the regions traversed by the Tour riders every day day: “Taste le Tour“, presented by French chef legend Gabriel Gaté.

Gabriel also presents some of his Taste le Tour shows with a good sense of French Humour. And he's a prolific author, including this wonderful little book of the Tour. 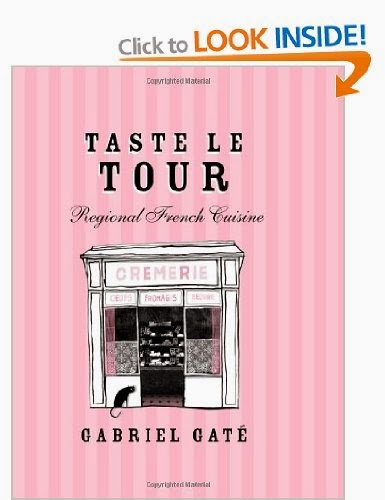 I hope you too can find some Gabriel online....

Do you have your own local French Chef personality? Someone who makes french cooking come alive to you? Love to hear your connections with French Chefs locally.
Posted by Tamara at 8:09 PM

I LOVE Gabriel Gaté - thanks for these links!

I used to be a big fan of the Tour de France, but Lance Armstrong's essentially criminal behavior has turned me off. It's fascinating to think about how many different French gastronomes have done so many different views of French regional food for at least 200 years.

What a great idea for a show! I bet he discovers recipes and products that might even be unknown to people living in other parts of France. Adds a yummy dimension to Tour de France excitement :)

First of all, thanks for stopping over to my Gypsy post and for your comments on maps. Good to note. I thought this was the last week, but I'll have one more post!

What a great idea -- of course you know I am totally hooked into the tour. (How'd you like Mick Rogers' stage win the other day?) and today's was so exciting. I will certainly have withdrawal! Can't wait for your wine post.

I think I'll be reading Paris in July posts well into September!

And I must see if I can find a copy of this book!