Paris in July - Week 3 Wrap up 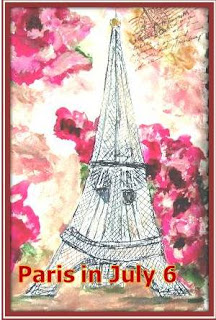 I have been preparing this post all day, but you have continued to post new reviews and stories - it's so hard to keep up with it all. I spend so much time reading so many posts, I've been challenged to get my own Paris in July reading done. It's been a real joy to do this job, reviewing posts... I'm learning so much and really loving the variety.

This week in Paris in July, we've had more great book reviews, but we've also got a few film reviews, and more memories and experiences as well. Enjoy the summary.
Book Reviews


Also, I featured this week an interview with Patti Miller, author of Ransacking Paris. This was a highlight of my Paris in July - it was such a privilege for us that Patti would join us. Please drop by the post and leave a comment - this would mean so much to me - and for Patti who gave up her time for us.

Mel U has posted a discussion started which I have posted here at Thyme for Tea - join in by telling us your thoughts significant cultural characters in 20th C Paris..

I'll post the Mr Linky tomorrow, because it's now quite late and I really want to go and watch La Course - the women's cycling race in Paris tonight - on the last night of the Tour de France. Also tomorrow, I'm going to post a  new challenge for a little prize - watch this space!  As we move into our final week of Paris in July - I wait with anticipation for what you've got planned for the rest of the month. 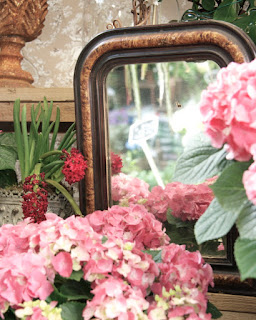 Oh, wasn't the women's race harrowing? I couldn't believe they didn't want the men to risk racing on the Champs in the rain when the women took those chances. Hope you got to see the rest of the race too. The men still rode on the Champs Elysee, but their official time ended when they crossed the first line. The rest of the race across the wet cobblestones was for position that day. I have posted my weekly meme Dreaming of France. I hope people will continue to play even when July is over. Also, I got an interesting email from the author of The Red Notebook on the day after I posted my review of The Red Notebook. It's always fun to read a note from a handsome Frenchman. Here’s my Dreaming of France meme

I just wish we could have seen the women's. They didn't show it here -- or if they did, I couldn't find it. I probably won't have a post this week -- between travel and other commitments. But will try to get to others and have sure enjoyed playing along!