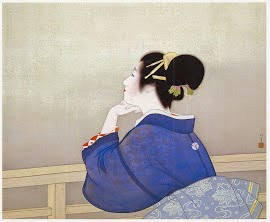 So It's now time to change directions and join the Japanese Literature Challenge No 8. This month I'm joining Dolce Belezza in a read-a-long with Murakami's latest release. My copy arrived at the local bookstore right on time, and I collected it today. So I'm on my way..... 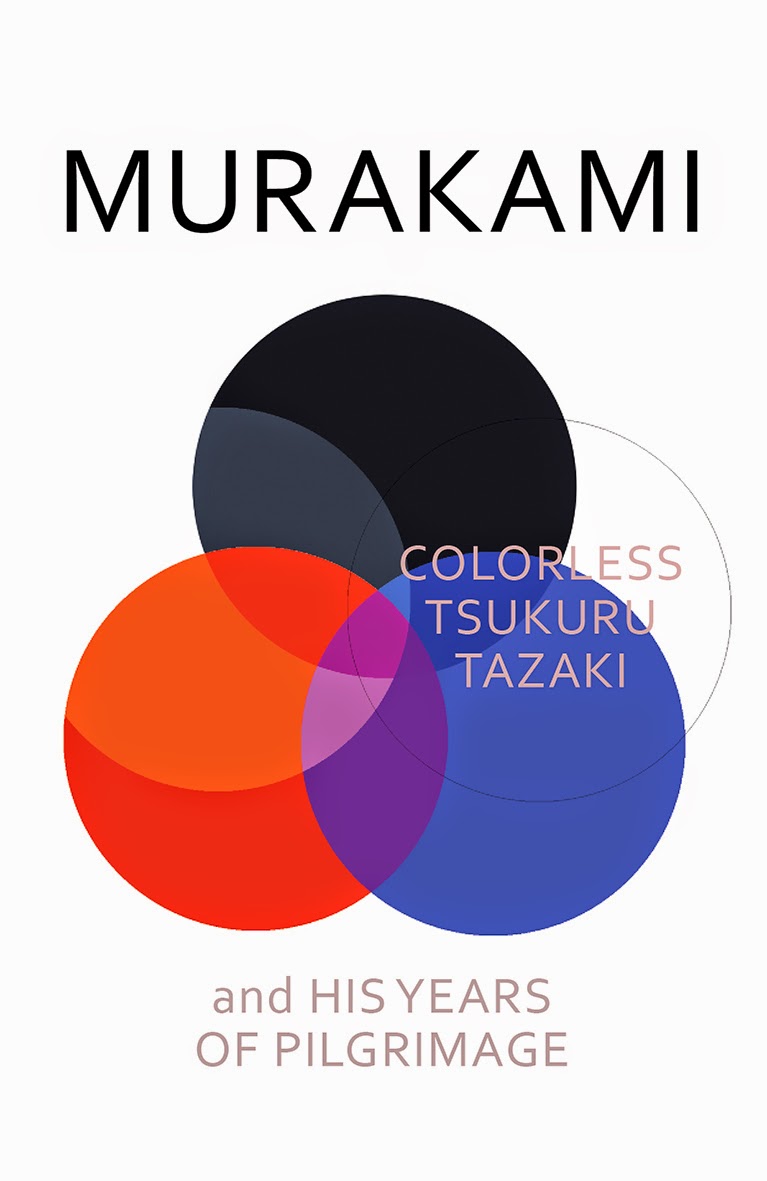 I'm not sure what is actually going to happen in this novel, because the pre release press was very very vague - in true Murakami mystery. I'm also not sure what the read-a-long will entail, but I'm ready.... but to start........I want to share with you my first dilemma with this novel.

When the pre-release press was purposely vague and mysterious, I'm left a little curious as to what to do with the little present I found when I opened my new copy of the book.... I'm not even sure if I will open the little present until I find out more about it.... did anyone else find a little treat inside their new book? 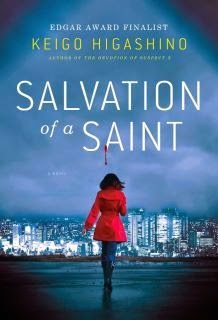 So, since Paris in July ended, and while I was waiting for my Murakami novel to arrive, I read Keigo Higashino's Salvation of a Saint.

Keigo Higashino is one of the most popular and biggest selling fiction authors in Japan.
Born in Osaka, he started writing novels while still working as an engineer . He won the Edogawa Rampo Prize, which is awarded annually to the finest mystery work, in 1985 for the novel Hōkago (After School) at age 27. Subsequently, he quit his job and started a career as a writer in Tokyo.

In 1999, he won the Mystery Writers of Japan Inc award for the novel Himitsu (The Secret), which was translated into English by Kerim Yasar and published by Vertical under the title of Naoko in 2004. In 2006, he won the 134th Naoki Prize for Yōgisha X no Kenshin. His novels had been nominated five times before winning with this novel. 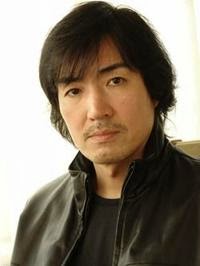 I enjoy a crime/forensic novel, and I devoured this one once I got into it. Salvation of a Saint involves a seasoned detective, a physics professor and a new recruit as the mystery solving team. The crime involved Arsenic Acid, a seemingly driven man who wanted to be a father, and the women he selected to bear his children. It was, for me, a fairly typical crime novel, with the infusion of some interesting Japanese cultural aspects.  Given that this author has more that 90 titles to his name, and many TV/Movie versions of his work, I figure I'll probably read more of his work sometime in the future. Does anyone recommend any of his other works??

I haven't read anything by Higaghino, but I did read Murakami's book since it was translated into Romanian last year, and even if it is not his best, I am sure you will still like it :)

I assume your little surprise was a sheet of stickers; I hear those are included in the UK editions, but sadly, not the American ones. Sigh and grunt of displeasure. Only to be exceeded by the fact that my edition has not yet arrived from amazon,com when it was pre-ordered in December!

As to the format of the read along, I suppose I should talk about that on Sunday Salon. I guess I thought we'd read it at our own pace and discuss the questions out forth by Random house on September 12. The questions that people want to address, anyway.

I love Higashino's work. Can't wait to read Salvation of a Saint myself.

A Bookish Way of Life said...

I'm also joining in on the JLC8 :) I'm read the Murakami and think you will really enjoy it. Its terrific! As for the UK version of the Murakami book, I hear it comes with stickers. The US one didn't - which was disappointing. As for the Higashino book you mentioned - sounds like such a great read! Looking forward to your reads for the JLC8 :)

I know little about Japanese literature. I bought more French books when I was in Paris last May and now I am also reading memoirs of WWI soldiers, but I’ll keep the name of Keigo Higashino as his books sound interesting. I read some Japanese writers, the last one was Yukio Mishima I think.

I know little about Japanese literature. I bought more French books when I was in Paris last May and now I am also reading memoirs of WWI soldiers, but I’ll keep the name of Keigo Higashino as his books sound interesting. I read some Japanese writers, the last one was Yukio Mishima I think.

Oh - a Murakami readalong. I've just started it, maybe I will jump on board!

I also got the stickers - maybe the stickers were the consolation prize for Brits & Aussies for getting a book with the word 'colorless' on the cover.

I've seen pics on instagram where people have decorated their covers. But nerdy, book girl that I am, I'm saving mine, & as I read a section that matches a sticker, I find a spot on the page for it :-)

I have read both, and enjoyed them very much, though they are very different in genres

Have you finished the Murakami yet?? Dying to know what you thought of it...

I have read two of Higashino's books - Malice and The Devotion of Suspect X. Both were great so I look forward to getting to Salvation of a Saint and Naoko.
I like it how Higashino seems to work backwards - in the two I have read we know who the culprit is but the intrigue is working backwards to find the motive.